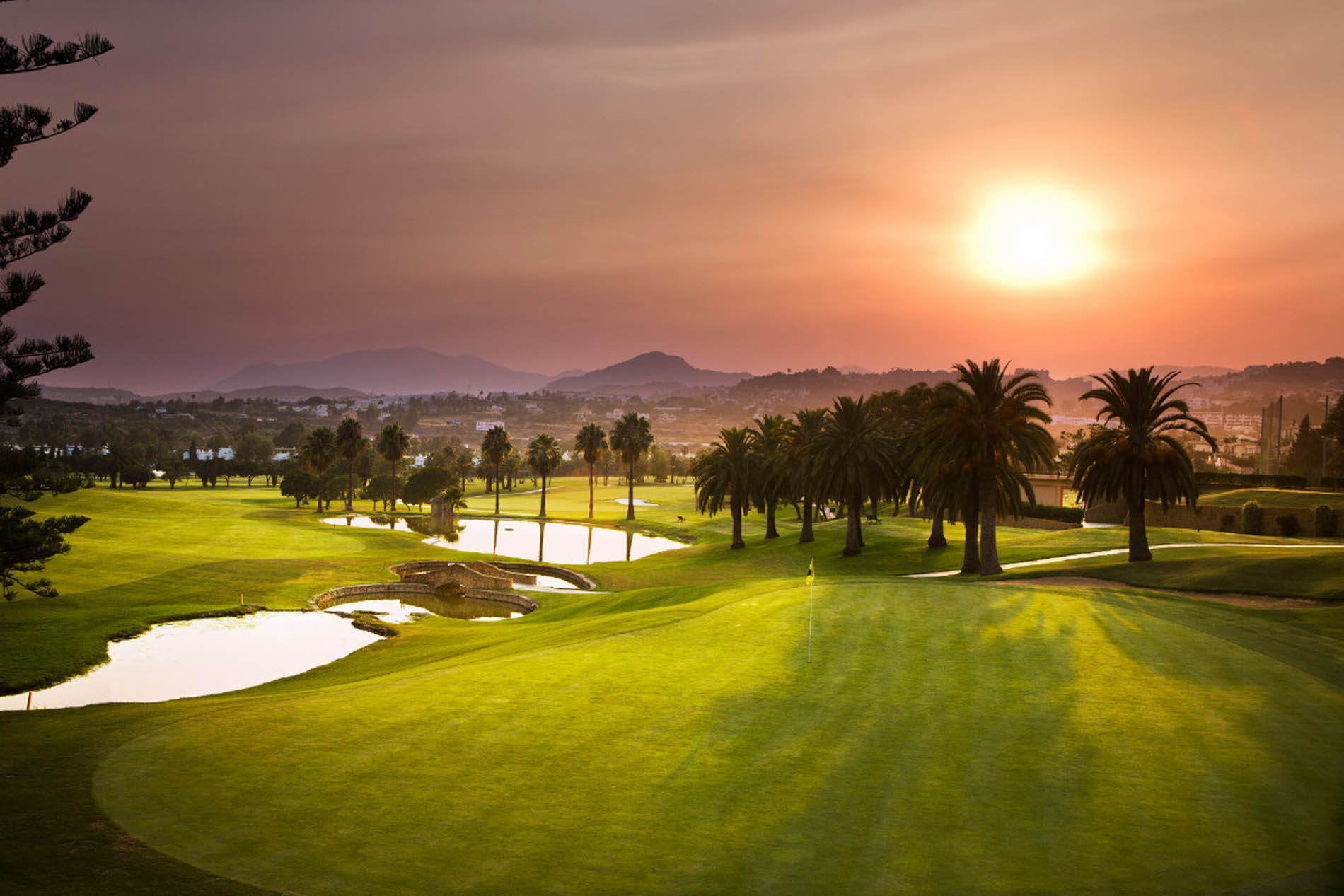 With more than 50 courses in just a shade over 100km, not for nothing is the coastline west of Malaga known as the ‘Costa del Golf’. All you needs to know with Haro Rent A Car Hire Car Services, book a car with us, the easy way!

A golf holiday here offers something for all abilities, too, from gentle municipal hacks to tournament courses for seasoned scratch handicappers.

So without any further ado, here’s Haro Rent A Car Hire Car Services in Estepona pick of a few of the best Costa del Sol golf courses…

Los Naranjos belongs to a select group of golf courses on the Costa del Sol, designed by world famous golf arquitect Robert Trent Jones and was built at a time when suitable land was still available. The course quickly caught world fame thanks to its championship layout and design, during the hosting of the World Cup, Spanish Open and other important competitions.

In the mid 70s the second group of Robert Trent Jones courses were built on the Coast, Mijas, Valderrama and Los Naranjos. Mr Jones was comissioned by the Banus company, developers of Nueva Andalucía and the Las Brisas golf course, to design and build a second golf course on the estate, just north of Las Brisas. The site could not be better, 70 hectares of perfect golfing land with subtle undulations, a river running through and a orange groove from wich the course got its name. The instructions were clear, Banus wanted a true championship course of classic design, long with wide fairways and large greens, suitable for international championships but enjoyable for all levels of players, and Mr Jones delivered exactly that. When the course opened in 1977, it was opened together with Las Brisas. The first tee was the present 3´d hole, beeing the nearest hole to Las Brisas. The 18´th was the present 2´nd hole and the Club House what is now a private villa by the 2´nd green.

Los Naranjos is a typical Robert Trent Jones Sr. design with generous fairways and strategically placed bunkers and water hazards. The greens, with Penn A4-grass, are spacious and slightly undulated. The tees are long and have four markers: red, yellow, white and black with course lengths starting from 5.131 metres and reaching 6.532 metres at its longest. Since the opening in 1977, Los Naranjos has been the host of several mayor competitions, including the Spanish Open, and is ranked one of the best golf courses in Spain. In 2005 and again in 2008 Los Naranjos was voted “Course of the year” on the Costa del Sol.

Designed in 1973 by Gary Player, El Paraiso Golf Clubis one of the most established courses on the Costa del Sol. Set out in the peaceful El Paraiso valley with the backdrop of the majestic ‘La Concha’ mountain to the north and the sparkling Mediterranean to the south.

El Paraiso has the envious reputation of not only providing one of the best championship course layouts on the coast, which draws players back time and time again, but also being the friendliest international club too. New members, golf societies and visitors are welcome.

As a golf course designer, Gary Player has been involved on over 400 golf courses in 35 countries, one of them being Paraiso Golf Club. His Philosophy has always been the same; to try to design courses that are suitable for professionals and amateurs.

Gary Player, together with Ron Kirby, left his imprint at our golf course which was inaugurated in 1973. The designers used the land at the beautiful Paraiso Valley to create what is considered to be one of the best designed Golf Courses in the region.

The setting, ambience and layout of the course have always made it popular among visiting golfers to the coast.  However as new courses were being built in the area, competition for business became intense. During the financial crisis starting in 2007, some golf courses closed and others struggled to survive.

El Paraiso made difficult business decisions, including drastic reductions in staff, and this enabled the Club to emerge from the crisis in a strong position. Over the past five years, major investment has been made in improving the quality of the playing experience and also of the old andalussian finca style clubhouse.

This 18-hole, 71-par course measuring 5,714 metres was designed by the prestigious architect Antonio García Garrido, known for his meticulous landscaping. It has a great variety of trees and stunning views of the Mediterranean.

The greens are generous in size, but the fairways are slender on the first half of the course, where more precision is needed than on the second half. The bunkers contain white marble chips and the fairways are sown with Bermuda grass except for certain holes that use Ray grass, while the greens and tees have Penncross.

Flamingos Golf has hosted prestigious golf tournaments such as the 2002, 2003 and 2004 European Seniors and the Women’s Spanish Open in 2010.

Los Flamingos is a picturesque golf course that has stunning views of the Mediterranean Sea and views of Africa in the distance. It’s a course that will challenge you and make you come back for more

If you want to enjoy this Golf Courses like a VIP contact with Haro Rent A Car Hire Car Services in Estepona to get special discounts!