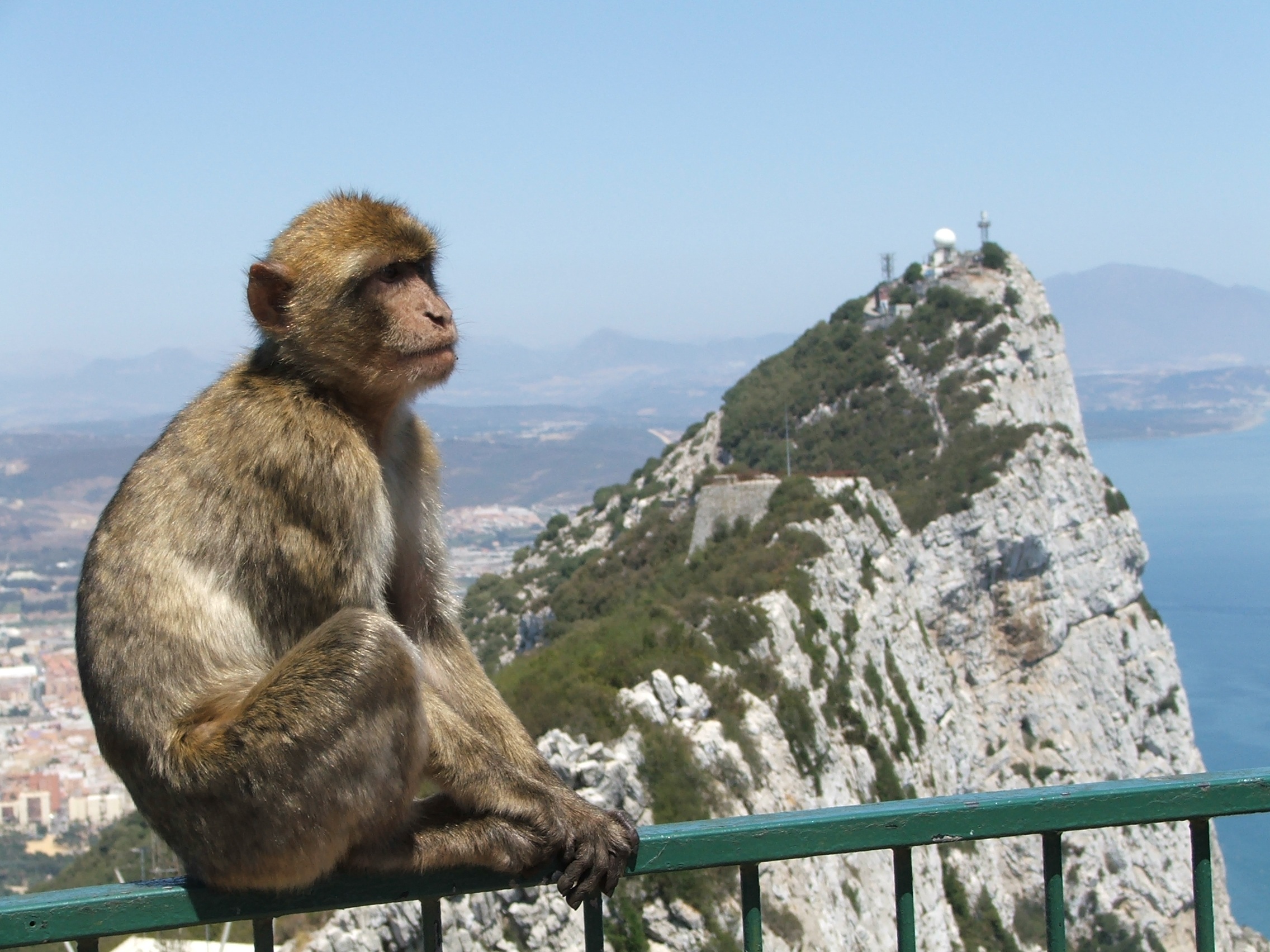 Are you planning to visit Gibraltar? Here is all you need to know about visiting Gibraltar with Haro Rent A Car Hire Car Services, book a car with us, the easy way!

Gibraltar is situated at the southern tip of the Iberian Peninsula. It is recognised historically as the southernmost point of Europe and is also strategically positioned at the western end of the Mediterranean, forming one of the ancient Pillars of Hercules. The nearby countries are Spain to the north and Morocco (North Africa) to the south, on the other side of the strait 24 kilometres (15 miles) away. The Rock is mainly Jurassic Limestone some 200 million years old.

The pre-English conquest era is quite unknown, as the city became functional with the corresponding occupation. However, evidence has been found showing the activity of some prehistoric colonies on the site, as well as remains of a wall of Muslim origin.

In 1704 the Rock of Gibraltar was occupied during the War of the Spanish Succession by a squadron of the English army, in this way, it was conquered and ceded to British territory after the treaty of Utrecht.

Since then, it has been the subject of disputes between Spain and the United Kingdom over what the country should be “owner of the territory”. Despite this, Gibraltar is a place rich in cultures, where Spaniards and English coexist without significant conflict despite being a recurring topic of conversation.

In 2021, following the UK’s departure from the European Union, an agreement was reached where Gibraltar was allowed to remain part of it, thus removing the border barrier for years to come.

What to see and do in Gibraltar?

Due to the aforementioned multiculturalism and its unique geographical location, there are several options that you can choose if you take a trip to the city.

The Rock of Gibraltar and its tunnels.

In addition to providing breathless views, this promontory has a peculiarity, and is that it is completely hollow because inside it extends a network of tunnels of more than 50 kilometers in length created in World War II. Although the purpose of the work was once defensive, in the present you can take an original guided tour of its interior.

As the name suggests, it is Gibraltar’s main street. If you want to do some duty-free shopping or take a break on a terrace, here you will find most shops and catering establishments in the city.

Another of the main areas of Gibraltar is this square located a few meters from Main Street. Casemates Square offers you the possibility to rest for a while in the sun while enjoying the views of the Rock and have a delicious snack in one of its many cafés.

One of the most visited places in Gibraltar is this cemetery located at the end of Main Street. It is considered one of the tourist attractions of the city, because in addition to being a place full of beauty, it recalls the feats of some participants of the Battle of Trafalgar.

One of the options to climb to the top of the Rock is to take the cable car. At a price of £16 (£7 for children and £14 for retirees), in a matter of 5 minutes you will find yourself in the highest area of the city, where you can enjoy the incredible views.

Once at the top, the bravest will be able to make a visit to this glass platform located on one of the limits of the Rock. Without a doubt, the views are spectacular.

Considered one of the main symbols of Gibraltar, you can find some of these Macaques “walking” through tourist attractions such as the Cable Car. They are divided into five groups that live in the Natural Reserve of “Cima del Peñón”, although you can find them where you least expect them. You should be careful, as they are wild animals that are not usually docile to visitors.

Gibraltar is a well-known for its VAT-free shopping. With a wide variety of stores to choose from, visitors are spoilt for choice.

Most of Gibraltar’s retail establishments are located in Main Street and the surrounding area. This busy street runs throughout the entire length of the city, from Casemates Square to Southport Gates. Stores along this pedestrian-friendly thoroughfare sell everything from clothes to locally produced crystal. Other side streets such as Irish Town and Engineer Lane are very quaint to walk through and have a number of small shops located within the picturesque old buildings.

Gibraltar has low prices on certain items such as perfumes, cosmetics, jewellery, tobacco and spirits. Many shops also boast excellent deals on brand name sunglasses and watches. As with anything else, it is a good idea to compare prices at several shops so you get the best value for your purchases.

Crystal and porcelain are items that are also very reasonably priced. On the top floor of the same magnificent building there are a selection of interesting shops some of which sell works of art and locally made handicrafts. When using ATMs and making purchases in Gibraltar, be aware of exchange rates. Most retailers accept Euros and Dollars, however, to ensure the best rate convert your currency at a bureau de change, of which there are plenty or pay with your credit or debit card.

Flight prices to Gibraltar vary greatly, so it is a good idea to compare them as soon as possible. To do this, you can use a flight comparator like Skyscanner and Hire a Car on Haro Rent A Car. You will be sure to get the best price!