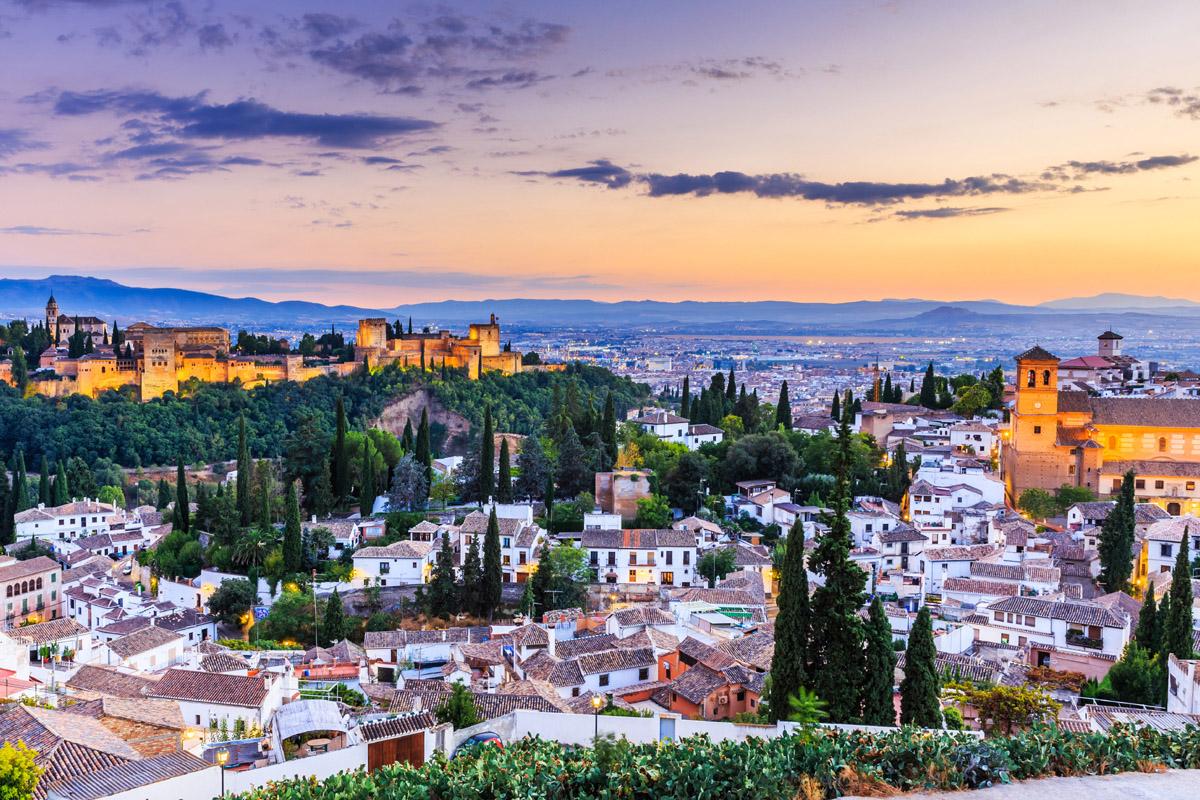 You’re going to visit Granada during your trip to Andalucia and you’re looking for the best things to do? Haro Rent A car can help you!

In order to help you plan your stay, voyagetips.com prepared this guide of the best things to do in Granada and its surroundings.

In addition to the must-see attractions and points of interest, they will also give you all their best tips.

And you will see, in Granada, in addition to the famous Alhambra, there are a lot more places to visit! Hire Car wit us and enjoy!

The Alhambra is the most visited monument in Granada, and even in Spain!

This UNESCO World Heritage site, also called “Red Palace”, was built in the 13th century by Moorish rulers to serve as their residence.

The whole site covers more than 140,000 square meters and includes 3 must see parts:

You probably already know about it: the Alhambra is THE tourist attraction to visit in Granada. Allow at least 3 hours for the visit.

As a lot of people want to visit the Alhambra, there is a daily visitor quota.

This means you should book your skip the line tickets for the Alhambra as soon as possible. Ideally, you should do it at least weeks or even months in advance during high season!

Several options are available: guided tours, entrances with audio guide or night tours. You can choose what suits you the best, but in any case make sure that your ticket includes a visit to the Nasrid palaces (not all tickets do!). In my opinion, it’s the best part of the Alhambra.

If you already know your travel dates, you should book your official skip the line ticket (it of course includes the Nasrid Palaces) with audio guide by clicking here.

And if you want to visit more Granada attractions beside the Alhambra, you should definitely buy the Granada Card.

This pass costs 49€ and gives you access to most of 15 best things to do in Granada I talk about in this guide:

During your trip to Granada, you should go on a stroll in the Albaicin neighborhood. It’s located on top of a hill, right across the Alhambra.

With its paved narrow streets and whitewashed houses, it’s one of the most authentic and charming districts of the city.

As it’s Granada’s former Arab neighborhood, you’ll find plenty of stores in a souk style market. It’s the perfect place to find oriental products such as spices or dry fruits. There are also many restaurants in the area.

The best things to see in the Albaicin neighborhood of Granada:

Here is another cool thing to do in Granada: stop by the miradors and enjoy the views over the city and the Alhambra!

There are a few, the most famous one being the mirador de San Nicolas, located in the Albaicin neighborhood. It offers a stunning view over the Alhambra and the Sierra Nevada in the background.

In the same area, you can also go to the mirador de San Cristobal. It’s located next to the church of the same name.

Another mirador worth stopping by is the mirador de San Miguel Alto. It offers a lovely scenic view over the Alhambra and is less crowded than the San Nicolas one.

Let’s continue to explore Granada and go to the Sacromonte neighborhood.

This former gipsy neighborhood is famous for its troglodyte houses, the “cuevas”. Today they’ve been rearranged and some of them host flamenco dance shows, the ancestral traditional dance of the gypsies.

To learn more about the history and traditions of the Sacromonte neighborhood, you should visit the “Cuevas del Sacromonte museum”. You can buy your tickets here.

For more information about prices and opening hours, you can visit the official website.

Another great thing to do is to go on a guided tour of the Sacromonte Abbey and its catacombs. From there you can enjoy a beautiful view over the Alhambra, the Albaicin and the Sacromonte.

5. Granada Cathedral and the Royal Chapel

The cathedral is clearly a must-see in Granada!

Catholic kings decided to build this cathedral dedicated to the Virgin of the Incarnation during the 16th century. However, it took nearly 200 years to be completed! You can clearly see it when you will visit, there is an architectural mix of renaissance, baroque and Gothic style.

It’s right next to the cathedral but it’s a separate visit. The Royal Chapel was built during the 15th century to serve as a burial place for Spanish monarchs.

Inside, you’ll find a crypt, the tombs of a few Catholic kings as well as a museum. Audio guides are available for the visit.

You can find more information on the Cathedral official website.

The Granada Card includes access to the cathedral and Royal Chapel.

You can also choose to go on a guided tour of the cathedral and the Royal Chapel. It lasts 2 hours and you can book it here.

Where to eat in Granada

How to go to Granada?

There is only a domestic airport in Granada.

To go to Granada during your road trip in Andalucia, it’s better to fly to:

Flight prices to Andalucia vary greatly, so it is a good idea to compare them as soon as possible. To do this, you can use a flight comparator like Skyscanner and Hire a Car on Haro Rent A Car. You will be sure to get the best price!