Explore Ronda, everything you need to know with Haro Rent A Car Car Hire Services! 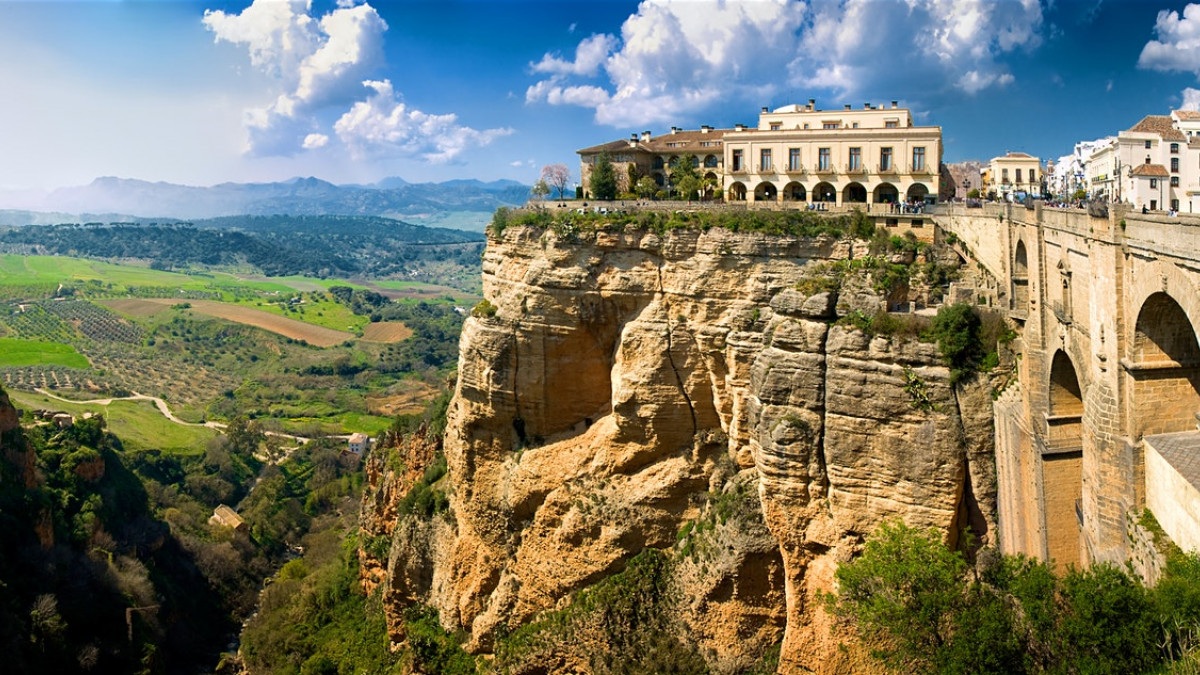 10 May Explore Ronda, everything you need to know with Haro Rent A Car Car Hire Services!

Ronda sits in the heart of the Serrania de Ronda, about 100kms from the city of Malaga and with a population of approximately 35,000 inhabitants.

Ronda (Acinipo) was first declared a city by Julius Caesar in the first century AD. When the Moorish troops under the command of Tarik-ibn-Zeyad invaded the region in 8C, one of the first routes they followed was the old Roman one, linking Gibraltar with the Roman settlement of Acinipo.

They renamed the town to Izna-Rand-Onda – Ronda. The ruins of Acinipo actually sit 20Km outside of modern-day Ronda.

Here are a few must-sees for your trip to Ronda, but if you want to get the real feel for the city hire a car at Haro Rent A Car and forget about bus schedules. Let yourself enjoy long walks around the city, take your time to have a dinner with an amazing view and pay a visit in one of many bodegas located in the area.

Ronda Guitar House was a venue located in the centre of Ronda, Malaga, Spain. Ronda Guitar House opened its doors in 2015 with the following mission: “Providing a truly authentic environment dedicated to quality music in the city of Ronda.”

THE CASTLE OF HINS-CANIT IN CAÑETE LA REAL

If you are in Ronda for a while then visits to other towns and villages are probably on your agenda… One town just 30 minutes from Ronda is often and easily overlooked but it really is well worth the effort to take a drive across to Cañete la Real to visit the castle of Hins-Canit. The views from this castle are stunning!

Offering unforgettable views over the El Tajo gorge. The Puente Nuevo – new bridge – was actually completed in 1793 and took forty two years to build. The bridge joins the old Moorish town and the newer, El Mercadillo parts of the city. It is, by far in a way, Ronda’s most famous landmark.

One of Spain’s most famous Parador hotels sits adjacent to the bridge and is a well worth a visit. The views of the El Tajo gorge are unforgettable.

Ronda is said to be the home of modern day bullfighting. The Real Maestranza bullring is one of the oldest and most picturesque in Spain. It was built in 1785 by the architect Jose Martin Aldehuela – the same architect who built the Puente Nuevo. The ring can hold up to 5000 spectators.

Francisco Romero, born in Ronda in 1695, is credited with giving bullfighting its modern-day rules with the introduction of the cape and the muleta. His grandson, Pedro Romero (1754-1839) became one of Spain’s greatest bullfighters. He founded the Ronda School for Bullfighting, it is still known today for its classicism and strict adherence to the rules. There is a museum and guided audio tours around the bullfighting ring.

The Arabic baths in Ronda are the best preserved in Spain. They were built at the end of the 13th century during the reign of King Abomelik. The large cauldron used to heat the water is still visible and in good condition. The star-shaped vents in the roof were modelled after the ceiling of the more famous bathhouse at the Alhambra in Granada.

Contact Haro Rent a Car, enjoy your car with safety and guarantee in every sense. Talk to us and let us help you with every single offer, promotion or cars for sale, discounts and season promotions. Follow us on social media, we are in Facebook, Instagram or Google My Business and… of course, a new website. Enjoy it!